Try out ZenMate - the best VPN for streaming Netflix

Netflix is slowly taking over Hollywood. With over 117 million subscribers, and over 140 million hours of content being watched every day, it's the biggest streaming service in the world. Their addictive entertainment has replaced going out to the movies with binging tv shows and films from the comfort of your own home.

Sadly, due to license rights and copyright laws, some content can only be available to users from some specific countries like the US.

But, there's an easy way to see all the movies, tv shows, and documentaries on Netflix from anywhere in the world. ZenMate VPN unblocks Netflix content and makes everything available to you.

How many times have you seen an article about Netflix's newest releases only to later discover they won't be available in your country? Or how come you can't watch The Office if you live or travel outside the U.S. and Canada?

You see, streaming services can block your access to certain content, or even to their entire service, based on the country you're in. And they can tell what country you're trying to connect from by using your IP address.

Luckily, with ZenMate VPN you can change your real IP address with one from a remote server location with the click of a button. ZenMate is a secure VPN that ensures your online anonymity and it's one of the fastest VPNs in the world that provides special streaming servers. That means, ZenMate unblocks US Netflix in the UK, or other countries. This way, you can access the entire Netflix catalogue and watch US Netflix in 3 easy steps. 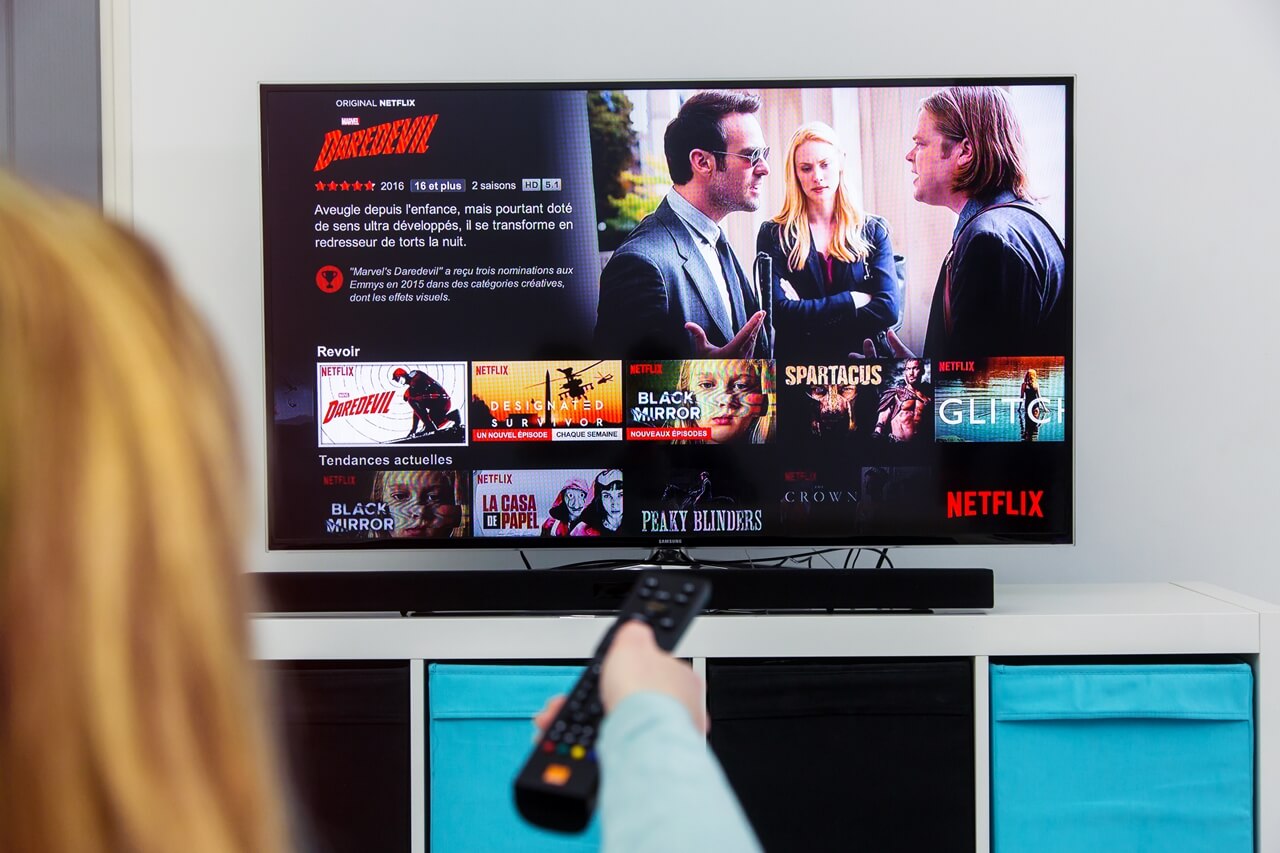 Why is ZenMate the best Netflix VPN?

There are many Netflix VPNs out there but connecting to Netflix has never been this easy. Our innovative features bring entertainment to all your devices. Discover all of Netflix's titles because ZenMate is the best VPN for unblocking content.

We have a fleet of servers from 77+ different countries that gives you the power to stream content from all over the world. With ZenMate you can stream Netflix shows on any of your devices. Because you can use ZenMate VPN on an unlimited number of devices with just 1 subscription.

ZenMate is the fastest Netflix VPN. Experience unlimited bandwidth and lightning fast speeds that ensure you'll never have to wait for videos to load or buffer.

Plus, we have a strict no-logs policy which means you can rest assured knowing nobody monitors or keeps track of your online activity.

ZenMate is available on almost all platforms. We have dedicated mobile and desktop apps for Windows, OpenVPN, Android, and iOS. This way you can unblock US Netflix on your laptop, phone, tablet, your Amazon Fire Stick TV or your Apple TV.

With 1 single ZenMate VPN subscription you can unblock streaming on an unlimited number of devices. We have dedicated apps for laptops and PCs on all operating systems as well as mobile apps for Android and iOS.

No. You can use the Netflix subscription you already have to unblock content from multiple, different countries. All you need to do is change your IP address. Open ZenMate VPN, select a server from your desired country and click to connect. When you launch Netflix, you'll have access to that country's content library.

You might have heard of a website unblocker or proxy. By using a proxy service, you can also unlock new content on streaming websites. Proxy servers change your IP address with one from remote locations. However, free proxies usually aren't as fast and reliable as a VPN.

How can I get Netflix unblocked?

If you want to unblock Netflix in a country where it didn't launch yet, or to get access to foreign content libraries, first download the ZenMate VPN app on your device. Create and verify your account, launch ZenMate, log-in with your username and password, and connect to a server from a different location. Fire-up Netflix and watch your favorite shows and movies.

How do I bypass Netflix VPN block?

Netflix is trying to ban VPN use. That's why you might have seen the following error message "Oops, something went wrong... Streaming Error – You seem to be using an unblocker or proxy. Please turn off any of these services and try again. For more help, visit netflix.com/proxy." But bypassing the Netflix VPN ban is easy. All you have to do is pick a VPN provider that has better servers for streaming. ZenMate has dedicated streaming servers that are proven to work with Netflix, Amazon Prime, HBO GO, Hulu, BBC iPlayer, and more. So, download ZenMate VPN on your device and connect to one of our Netflix servers and you'll be able to unblock tons of new content.

How do I get Netflix to work through VPN?

Recently Netflix started cracking down on proxy servers and VPN services. The only way to keep using Netflix with a VPN is choosing a VPN service with better servers for unblocking streaming. ZenMate VPN has dedicated streaming servers proven to work with services like Netflix, Amazon Prime, BBC iPlayer, Hulu, HBO GO, and more. ZenMate severs are not affected by the "Netflix block VPNs" practice.

Which VPN work with Netflix?

There are many VPN companies out there. But since Netflix started banning VPN and proxy servers there are few services that still work with Netflix. ZenMate is one of the best VPNs for Netflix and other streaming services. We constantly update our VPN servers and have multiple servers optimized for streaming services like Netflix, Amazon Prime Video, BBC iPlayer, HBO GO, and more.

Is it illegal to use a VPN for Netflix?

It is not illegal to access Netflix with a VPN service. But not all VPN providers work with Netflix. If you want to be able to access the American Netflix libraries or unblock Netflix UK while you're abroad, try ZenMate VPN. Our special streaming Netflix servers ensure you'll be able to override the VPN ban.

Will Netflix ban me for using a VPN?

No, Netflix can't ban you if they detect you're using a VPN service while streaming on their platform. They do however try to make you stop using it by forcing you to disconnect from your VPN or proxy server. Most likely you'll see this message "You seem to be using an unblocker or proxy. Please turn off any of these services and try again." However, some VPN severs go undetected by Netflix. ZenMate VPN has special streaming servers that are proven to work with Netflix streaming and other platforms.

Is there any way to watch Netflix for free?

The Netflix app is not free. So, there's no way of watching Netflix content for free directly on their platform. Unless somebody else is paying for your subscription.

If for any reason at all you decide it's not for you, we'll refund your purchase. Just contact our customer support department.